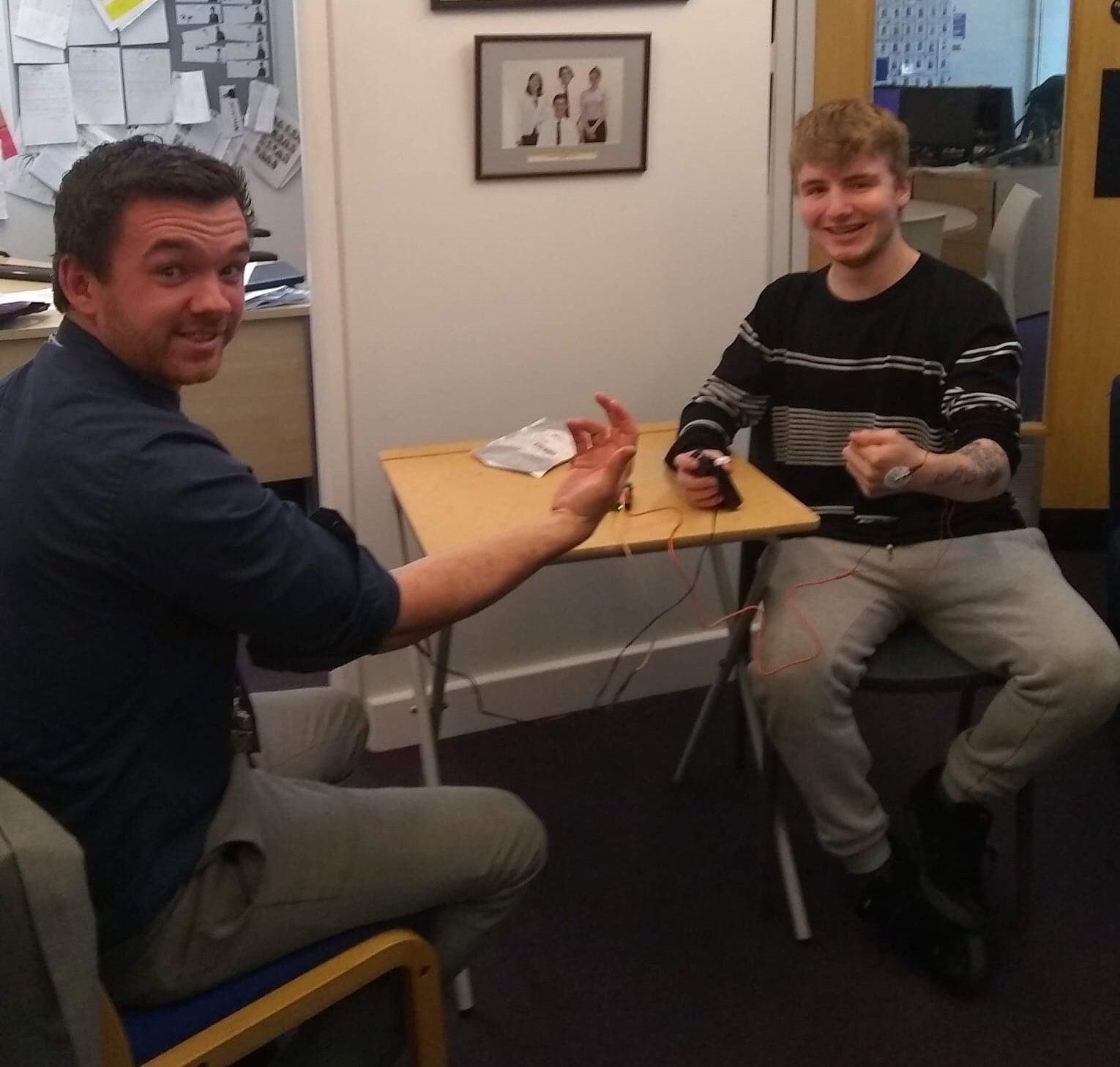 Nathan is a Year 13 A level student at the VI Form Academy who is completing A levels in Maths, Psychology, and Computer Science. Nathan is focused on using his A levels go to university and develop a career in Neuroscience and to this end has enriched his academic portfolio by completing an online neuroscience course and an EPQ.

Nathan completed an impressive Scholarship application before lockdown, both in writing and to a panel of teachers, which resulted in an award which supported his purchase of the “Human-Human-Interface” Kit provided by BackyardBrains. The kit has several parts including a TENS machine which provides small electrical impulses, electrodes to place on skin, and a programmable circuit board. As the name suggests it enables humans to interface – one person being the controller whilst the other is controlled. The controller and controlled are connect by electrodes so that when the controller tenses their muscle it causes the TENS device to stimulate nerves which makes the controlled tense their muscles and move. Regardless of however much the controlled tries to resist – they can’t!

Nathan used the “Human-Human-Interface” to support his research topic which investigated the potential differences in how genders react when their ulnar nerve is stimulated. Nathan said “The kit is great! It has brought to life the academic literature from my Psychology and Computer Science courses, and my wider reading”.  Nathan continues “experimenting with the device, trying to move different fingers or just the wrist, has taught me so much about the way nerves control human movement”.

Nathan’s is single-minded in wishing to study Neuroscience at university and has several UCAS offers already banked. He is effusive in describing his interest in the combination of technology with biology and is inspired by companies such as Neuralink and the field of neuro-engineering.  We wish him every success.